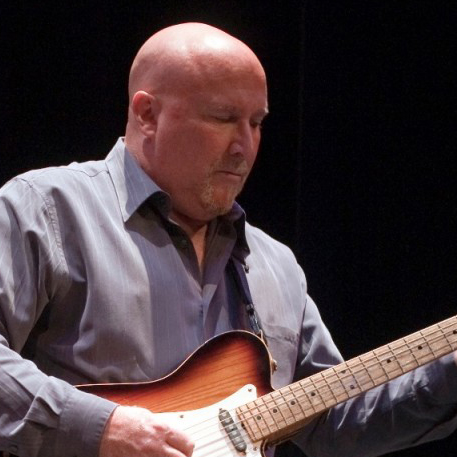 Oregon Music Hall of Fame inductee Tim Ellis’ list of accomplishments is long. He’s written and recorded music heard nationally on commercials, movies, and television. He’s been dubbed by many as “the hardest working musician in Portland.” His recording studio, Kung Fu Bakery, has produced hit records from groups like The Shins, The Decemberists, Pink Martini, Everclear, and many more. It is haled by professional musicians as being the best studio in the northwest, many of whom have personally sought after Tim as a producer.

Tim passed away in 2016 after a battle with cancer but his legacy and impact on our community lives on.  — consciousrecords.com

Tim had an early affinity for the guitar. He was first introduced to the instrument by his babysitter at age 4, got his first guitar at 10 and started taking guitar lessons shortly after. He got his first job at the neighborhood music store and by 13 was teaching guitar lessons there. At 15, he was performing with bands in local nightclubs. He opened his first recording studio in Los Angeles at 19 and began touring soon after.

Tim is best known in the Portland music community for his versatility, passion and enthusiasm. He moved with his young family to Portland in 1984, and established a career as a talented guitarist, songwriter, composer and producer. He opened Kung Fu Bakery Recording studio in 2001.

Tim maintained his commitment to music education through guitar lessons, classroom music projects in schools across the country, and as a music teacher at Portland Adventist Academy for two decades. Tim also spent more than 30 years sharing his music in churches.

In 2008, Tim purchased the Day Music building and Day Theater and transformed it into the New Day Center for the Arts, where he continued to teach guitar.

As Tim’s children grew, he had more time for his other passion, traveling. With his wife, Susan, by his side, their adventures took them across the globe which allowed Tim to share his guitar playing and music with the world.

In his own words, Tim was just a regular guy, but everyone who knew him knows Tim was a man of dedication and conviction. His spirit will live on forever as he is remembered not only as a guitar and music legend but as the most loving, generous husband and father and pillar of the Portland community.